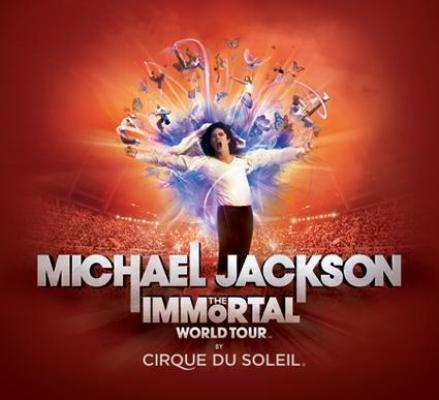 Michael Jackson THE IMMORTAL World Tour is continuing its hugely successful run in North America, and fans can now purchase tickets for shows in Auburn Hills, MI and Salt Lake City, UT. To get access to presale tickets before the general public, sign up for the MichaelJackson.com newsletter and you will receive a fan-only email to buy presale tickets to the following shows (and also will be the first to hear about dates in other cities as they are announced) :

More than 3 million people have experienced Michael Jackson THE IMMORTAL World Tour, which is ranked as the ninth top grossing music tour of all time according to Billboard. Since its world premiere in Montreal in October 2011, this electrifying production has thrilled audiences across North America, Europe, Asia, Australia, and New Zealand, performing over 400 shows in 26 countries.