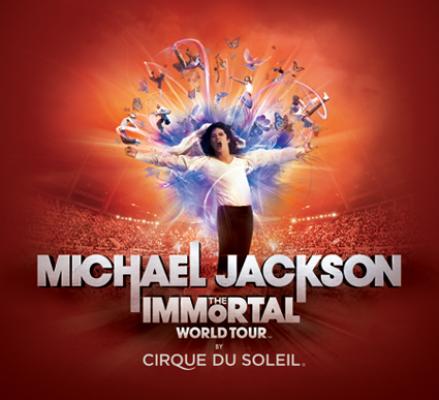 Michael Jackson THE IMMORTAL World Tour is returning to North America, and now you can access presale tickets for two more cities! If you haven’t joined the MichaelJackson.com newsletter yet, subscribe now and you will receive a fan-only email to buy presale tickets to the following shows:

Tickets for Worcester and Amherst are available for presale now, and will not go on sale to the general public until December 20. Sign up for the official MichaelJackson.com newsletter now to access presale tickets! More dates and pre-sales will be announced in the coming weeks.

Michael Jackson THE IMMORTAL World Tour is currently the ninth top grossing music tour of all time according to Billboard. Since its world premiere in Montreal in October 2011, this electrifying production has thrilled audiences across North America, Europe, Asia, Australia, and New Zealand, performing over 400 shows in 26 countries.