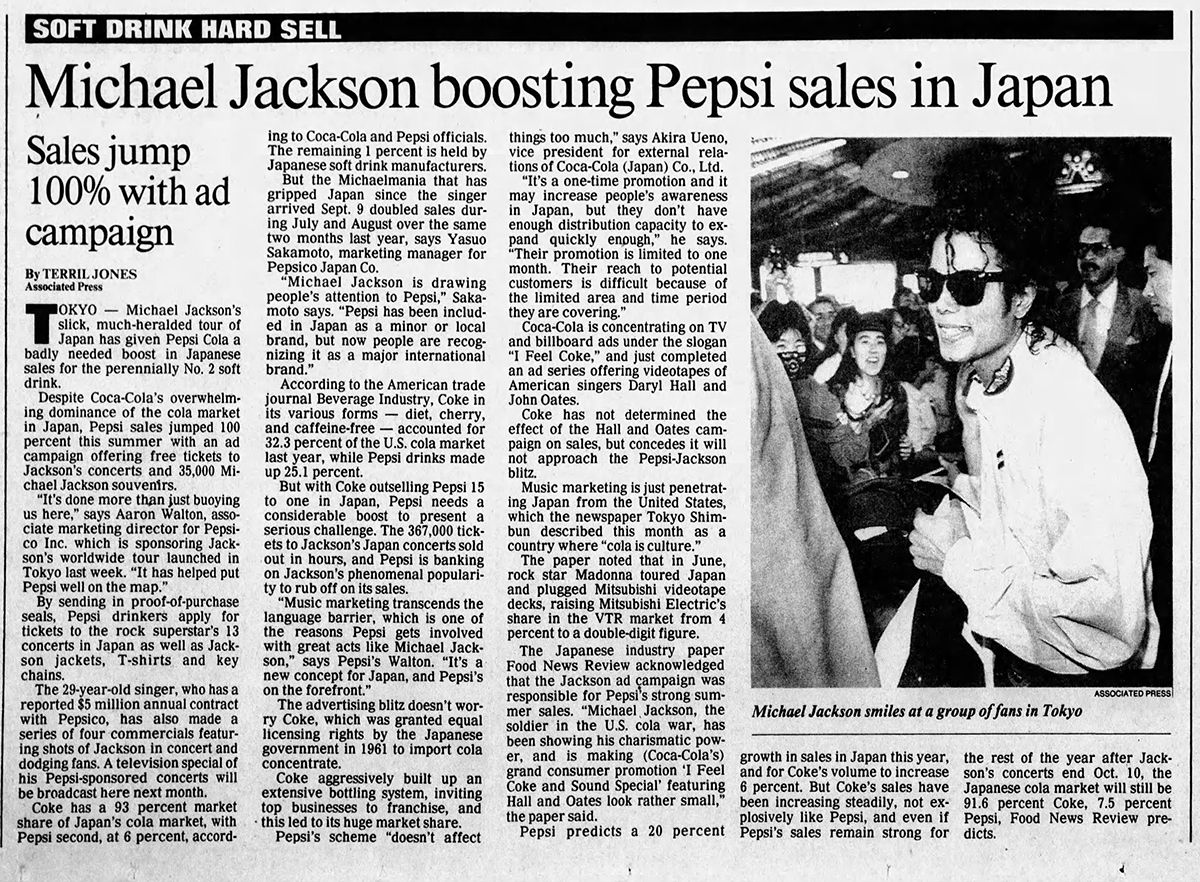 On this date in 1987, Michael kicked off his first ever solo world tour in Tokyo, Japan, in support of Bad which was released at the end of August of that year. Pepsi sponsored the tour which ran until January of 1989. In advance of the Japan shows, Michael’s partnership with the beverage maker boosted sales in the country by 100%.