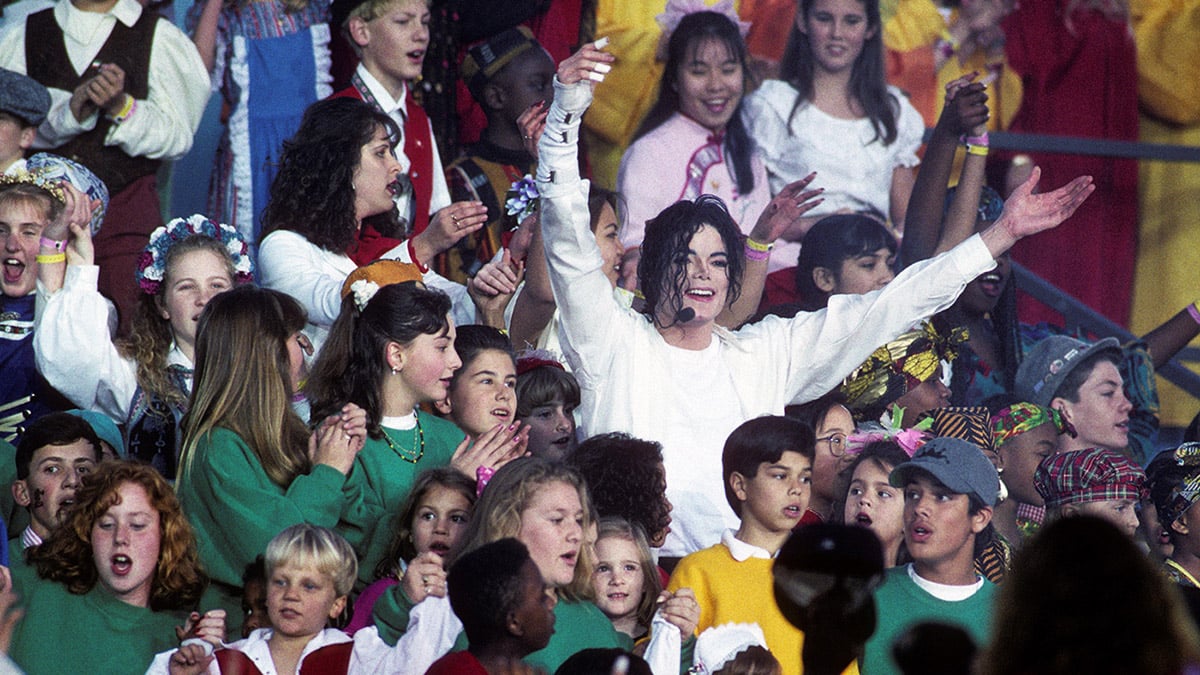 On this date in 1993, Michael made his historic Super Bowl in which he performed a medley of his hits, and closed the performance with “Heal The World,” which included an elaborate stunt in which the entire crowd turned over cards to reveal giant cartoons of children holding hands.  With that performance not only did Michael ensure his message of unity reached as broad an audience as possible, he changed the Super Bowl Halftime show forever. #legend