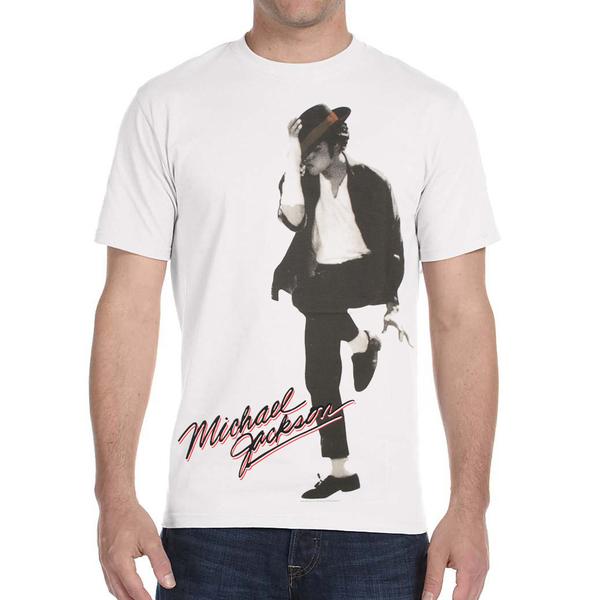 More than 500 million people in 27 countries around the world tuned in to the premiere of Michael Jackson’s groundbreaking “Black or White” short film which features one of the most captivating dance sequences ever filmed! This new shirt, available exclusively in the Michael Jackson web shop, features an image of The King of Pop taken during that dance performance.