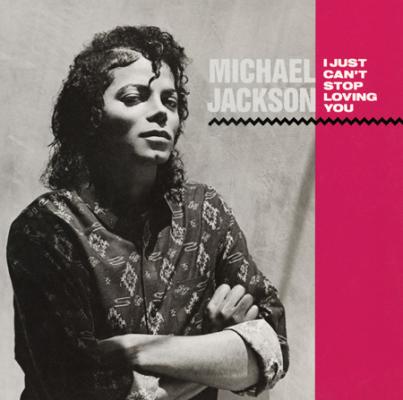 New York, NY – On June 5, the original first single from Michael Jackson’s landmark album BAD, “I Just Can’t Stop Loving You,” was re-released as a CD Single with a never-before released bonus track called “Don’t Be Messin’ ‘Round (demo).” In its first week this Wal-Mart exclusive CD single was scooped up by fans, giving Michael a #1 debut on the Billboard Hot Singles Sales chart in a top five that includes Carly Rae Jepsen, Calvin Harris, Justin Bieber and Coldplay/Rihanna.

“I Just Can’t Stop Loving You” was written and composed by Michael Jackson and performed as a duet with Siedah Garrett. The song became the first of five consecutive number-one Billboard Hot 100 hits from Jackson’s BAD album. It also reached number one on the Billboard R&B and adult contemporary charts. “Don’t Be Messin’ Around” is a previously unreleased demo from the singer’s vaults which was recorded during the BAD sessions.

On September 18th, the Estate of Michael Jackson along with Epic/Legacy Recordings will release BAD 25, which includes three CDs, two collectible booklets, and features the first-ever authorized DVD release of a concert from the record breaking BAD tour, the concert at Wembley Stadium on July 16, 1988 attended by Princess Diana, Prince Charles and a sold-out crowd of 72,000 fans.

More details on this and other exciting projects relating to BAD‘s 25th anniversary will be announced soon. Get updated first by signing up for the official MJ Newsletter.