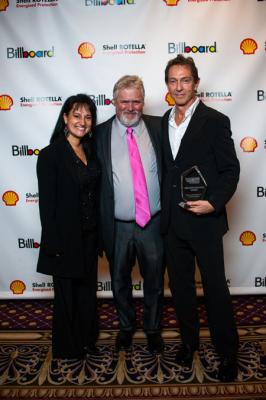 Billboard Magazine presented its annual Touring Awards during the evening of November 8, 2012 at the Roosevelt Hotel in New York City. The event included the special Creative Content Award for Michael Jackson THE IMMORTAL World Tour. The award was accepted by John Branca, co-Exeuctor of the Estate of Michael Jackson, and Chantal Trembley, Creative Director at Cirque du Soleil. Also attending the awards were members of the Estate and Cirque teams and a couple of the designers for the show – Zaldy Goco (costumes) and Travis Payne (one of the show’s choreographers).