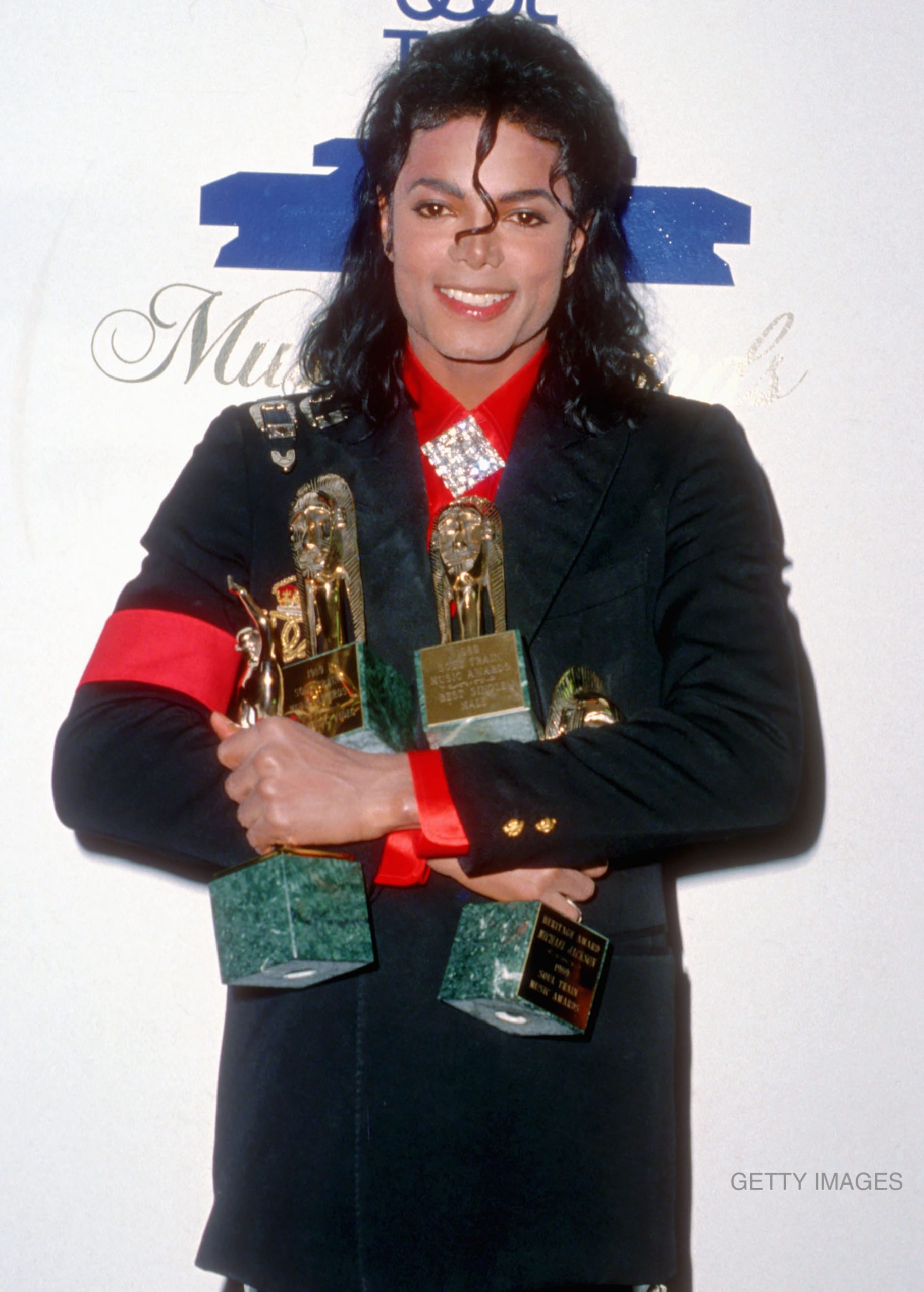 Michael Jackson backstage at the 3rd Annual Soul Train Awards held at the Shrine Auditorium in Los Angeles, CA, on April 12, 1989. Elizabeth Taylor presented Michael with the Heritage Award for Career Achievement and she dubbed him “the true king of pop, rock and soul.” It was ultimately shortened to King of Pop and that is how Michael has been known ever since. (Photo by Steve Granitz / Contributor)