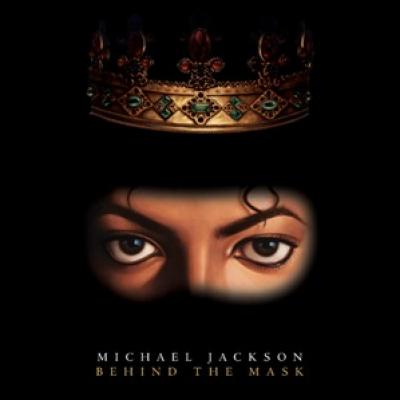 New York, NY – In the coming weeks, the Estate and Sony Music will be releasing “Hollywood Tonight” and “Behind the Mask” from the global hit album MICHAEL. “Behind The Mask” will be released as the radio single in countries including the United States, Canada, Japan and France. “Hollywood Tonight” will be the single released to radio in the rest of the world and videos for both songs will be released worldwide. Each Sony Music affiliate will also release more information on the plans in their respective territories.

Both “Behind The Mask” and “Hollywood Tonight” are fan and critical favorites from MICHAEL – the unique collection of Michael Jackson songs completed posthumously and released in December by Sony and his Estate. The album includes material Michael had been working on for future release prior to his passing along with other vintage work he planned to place on future albums. Joe Vogel, author of the upcoming book Man in the Music: The Creative Life and Work of Michael Jackson, wrote that while “Posthumous works are notoriously tricky…This, ultimately, is the most important quality of Michael: it feels like Michael.”

“Behind the Mask,” which was recently completed by John McClain and Jon Nettlesbey, is praised by critics for infusing the spirit of Michael’s music from the past. Rolling Stone called it “a fiercely funky cousin to “Wanna Be Startin’ Somethin'” The song is written by Michael Jackson, Chris Mosdell and Ryuichi Sakamoto and produced by Michael Jackson, John McClain and Jon Nettlesbey. The song’s recognizable hook is a sample of “Behind The Mask” as performed by Ryuichi Sakamoto’s Yellow Magic Orchestra. And “Hollywood Tonight”, which USA TODAY said “pulsates with Billie Jean-esque energy, was written during the time of the Invincible album. In 2007, Michael pulled the track out of the archives to work on the song with producer Theron “Neff-U” Feemster. “Hollywood Tonight” was written by Michael Jackson and Brad Buxer and the track was produced by Teddy Riley, Michael Jackson with co-producer by Theron “Neff-U” Feemster. Ellen DeGeneres debuted and danced to the song with her audience during her popular talk show.

MICHAEL was the #1 global album upon its release in December and has shipped over 3 million units worldwide making it one of the biggest albums of 2010. The album’s nonstop success continues to underscore Michael’s importance to his fans as a global icon and superstar, and shows how his music continues to transcend cultures and languages. The platinum status for MICHAEL has now grown to 17 countries including the United Kingdom, Germany, France (2x), Italy (2x), Spain, Denmark, Poland, Russia(2x), Austria, Belgium, Czech Republic (5x), Canada, India (2x), China, Taiwan, Korea and the Middle East. Michael is now Gold in 18 countries including Australia, New Zealand, Brazil, Japan, Hong Kong, Indonesia, Malaysia, Philippines, Singapore, Finland, Greece, Hungary, Ireland, Portugal, Netherlands, Norway, Portugal and Sweden.

MICHAEL marks another release under the new agreement between The Estate of Michael Jackson and Sony Music announced in March 2010 that continues the label’s 35-year relationship with Michael and his music. During that time, Michael sold hundreds of millions of records, had 13 #1 singles and released the pop culture phenomenon “Thriller,” which remains music’s all-time bestselling album with more than 100 million copies sold worldwide.

Information on MICHAEL can be found at www.MichaelJackson.com.