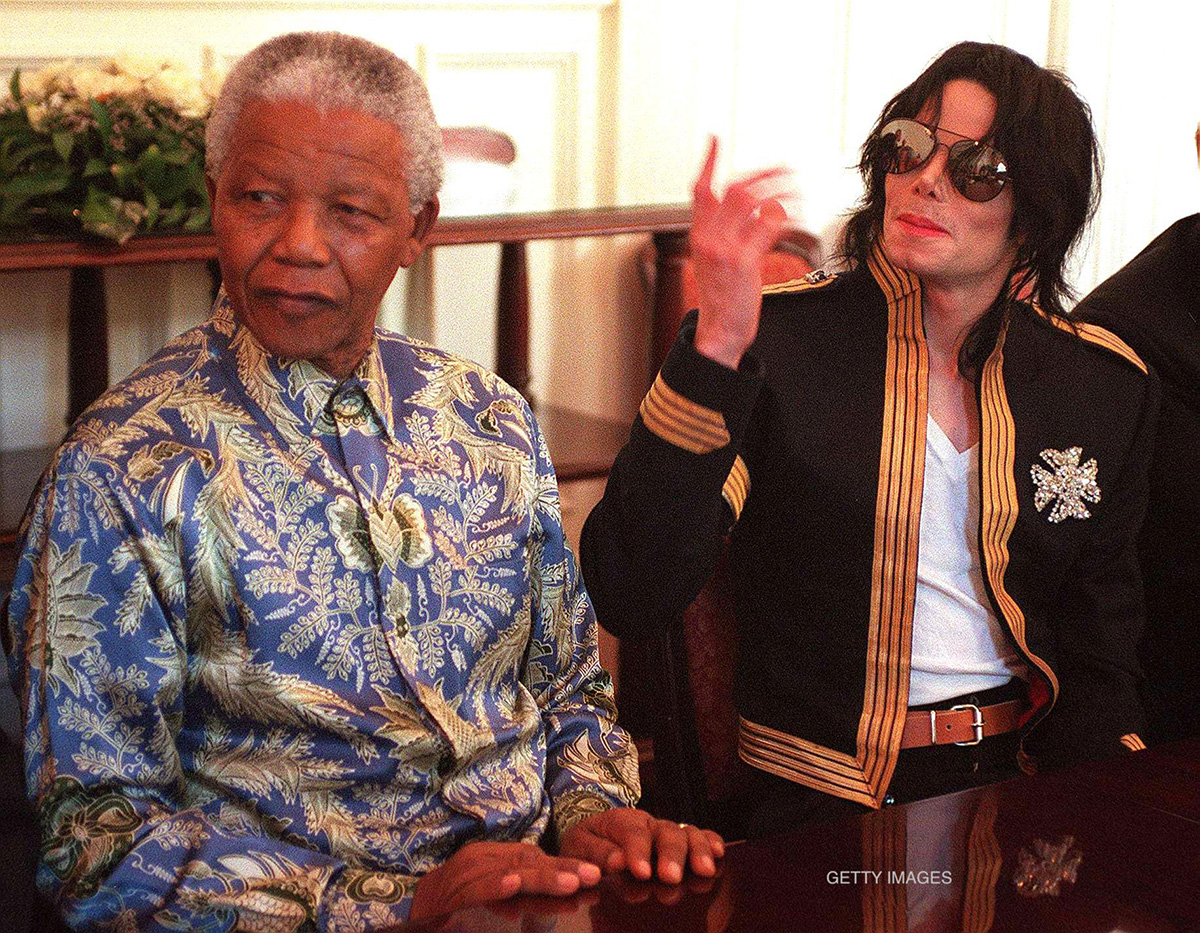 Michael Jackson attends a press conference with President Nelson Mandela at the President’s home Genadendal in Cape Town on March 23, 1999. Michael announced “Michael Jackson and Friends – The Adventure of Humanity” to raise money to aid needy people around the world. The Nelson Mandela Children’s Fund, UNESCO and the Red Cross were among the organizations designated to benefit from the project. (Photo by ANNA ZIEMINSKI/AFP via Getty Images)