View Grid View Timeline
All
Michael Jackson – The King Of Pop Is On Top Of The World With XSCAPE! 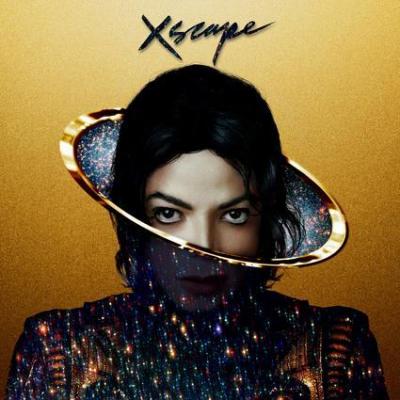 #1 STREAMING ALBUM IN THE WORLD

“The tracks remind us of the musical genius that was Michael Jackson,” The Guardian UK

“…you want to push your jacket sleeves up and get down,” (“Love Never Felt So Good”) SYDNEY MORNING HERALD

Michael Jackson’s new album XSCAPE took over the top spots on the global charts this week, hitting #1 in 52 countries and Top 5 in 87 other. It is #1 on Amazon and #1 on Spotify, taking the throne from Frozen, which has had the top spot on Spotify since January. It debuted at #2 on the Billboard album chart and #1 on Hits.

Curated and produced by Epic Records Chairman and CEO LA Reid, XSCAPE got off to a thrilling start with the Michael Jackson and Justin Timberlake first single, “Love Never Felt So Good” which rocketed into the Top 5 position in the U.S. and lit up the iTunes charts globally peaking at 17#1 and 67 Top 5 positions, and hitting the #1 spot on Spotify U.S. and the world this week. The video for Michael Jackson/Justin Timberlake duet of the song is #1 on iTunes.

To date, Jackson has sold one billion records worldwide, so it’s no surprise that XSCAPE has gone #1 in all four corners of the world, including Australia, the UK, France, Malaysia, and South Africa. “Love Never Felt So Good” lit up the iTunes charts around the world, peaking at #5 in the U.S., #1 in 18 countries and #5 in 89 countries netting Michael his highest Billboard chart bow since 1995 and fourth-highest debut ever at #20 — marking his 49th hit single.

The worldwide launch of the album included the “Slave to the Rhythm” dance performance at the Billboard Music Awards which was created for fans by the Estate of Michael Jackson as a tribute to the King of Pop and to capture the essence, the excitement and the magic that is Michael Jackson. Good Morning America called it “Michael Magic”. It took over a year and a team of 104 cast and crew, to create an entire stage on which to produce the performance that showcased Michael’s moves, took up the entire stage and was bigger and better than anything that has gone before. The audience swelled to 11.5 million during the half hour of the highly anticipated performance, proving again that Michael Jackson remains the biggest entertainer of all time.

Released on May 13 by Epic Records in conjunction with the Estate of Michael Jackson, XSCAPE features a long awaited collection of 8 new songs originally recorded between 1983 and 1999, and showcase why Michael Jackson remains an indelible influence on contemporary artists today. The songs were curated by Reid, and then ‘contemporized’ by lead producer Timbaland and some of the hottest production talents in the world including JRoc, Rodney Jerkins, Stargate, Giorgio Truinfort and John McClain, co-executor of the Estate of Michael Jackson.

Epic’s rollout of XSCAPE has been massive. Songs from the album were premiered on The Ellen DeGeneres Show and featured on Dancing With the Stars, the Today Show, Good Morning America, CBS This Morning, and every major entertainment news show around the world. SiriusXM launched a Michael Jackson channel this week, and the album’s first single was premiered on the iHeart Radio Music Awards. In additiona, Epic partnered with Jeep for a global commercial spot featuring the single “Love Never Felt So Good.” Epic / Sony Music’s XSCAPE album campaign is a ‘One Sony’ global collaboration, with exclusive offers from Sony Group companies leveraging their respective strengths in delivering unique entertainment experiences to a wider audience as well as attracting a whole new generation discovering the artistry of Michael Jackson for the first time.

More news about Michael Jackson’s upcoming album will be revealed in the coming weeks. Keep visiting www.michaeljackson.com for new details.

Michael Jackson is one of the most beloved entertainers and profoundly influential artists of all-time. He was also a dedicated philanthropist and an astute business professional. To date Jackson has sold 1 billion records worldwide, released 13 No. 1 singles and became one of a handful of artists to be inducted twice into the Rock and Roll Hall of Fame. The Guinness Book of World Records recognized Jackson as the Most Successful Entertainer of All Time and “Thriller” as the Biggest Selling Album of All Time. Jackson won 17 Grammy Awards including 8 in one year, a record in itself, and received 26 American Music Awards, including the Artist of the Century Award. Jackson defined the art form of music video with such ground-breaking short films as “Billie Jean,” “Beat It” and the classic “Thriller,” which in 2009 became the first and only music video inducted into the National Film Registry of the Library of Congress. In his short films “Black or White”, “They Don’t Care About Us”, “Bad and “Smooth Criminal” and others, Jackson set an aesthetic standard for video production that remains unsurpassed even today. The Estate of Michael Jackson and Cirque du Soleil have produced two top shows: Michael Jackson THE IMMORTAL World Tour is the #9 top grossing tour of all time; and MICHAEL JACKSON ONE, a new permanent show at Mandalay Bay Las Vegas, which is breaking box office records and receiving critical raves. Jackson’s sound, style and dance moves continue to inspire today’s performers and new generations of fans worldwide continue to discover his artistry.