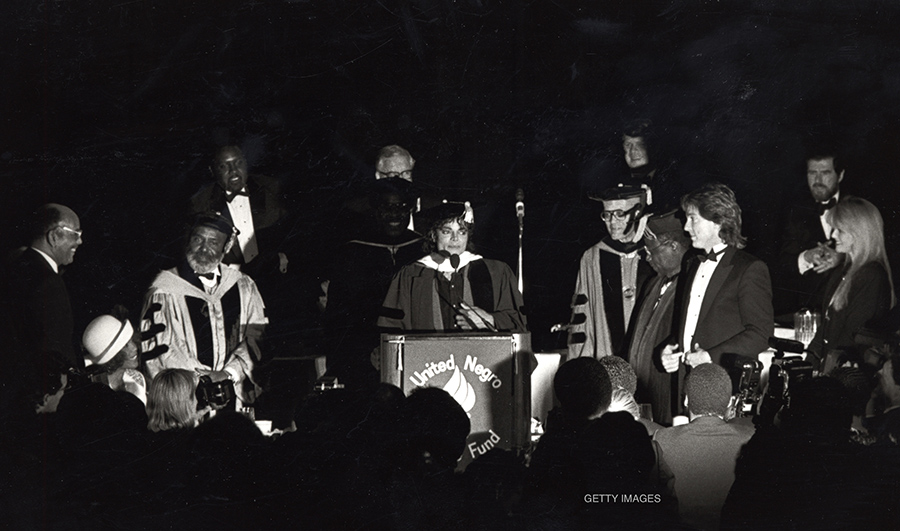 On this date in 1992, Michael made an appearance on the United Negro College Fund’s “Parade of Stars” telethon airing on US television and radio networks, to help raise money to aid 41 historically Black colleges and universities. In 1988, he received an award from the UNCF and honorary doctorate from Fisk University. #MJHumanitarian