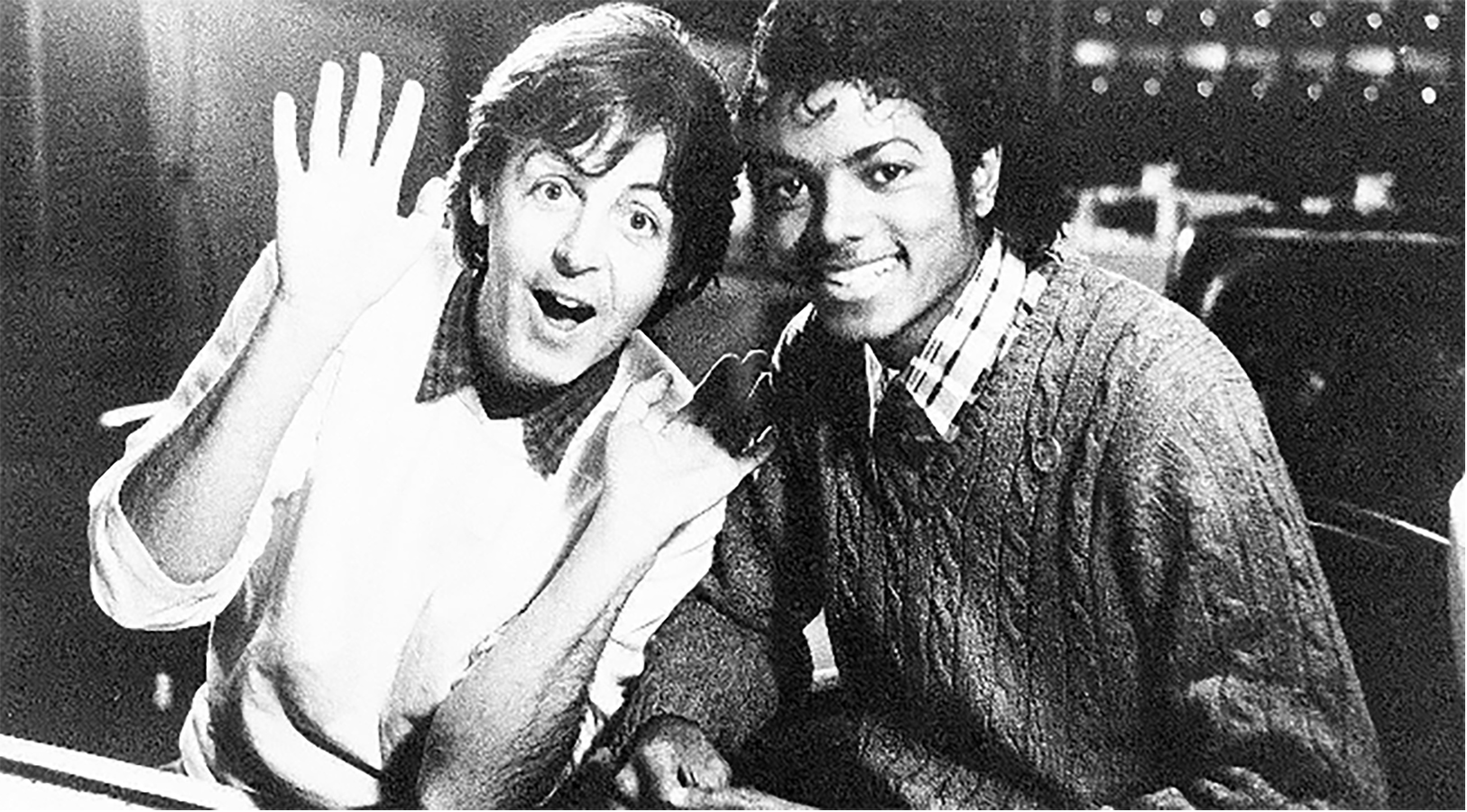 The early ‘80s were a busy time for Michael Jackson and Paul McCartney! They worked on three tracks together – one for Michael’s Thriller album and two for Paul’s Pipes of Peace album.