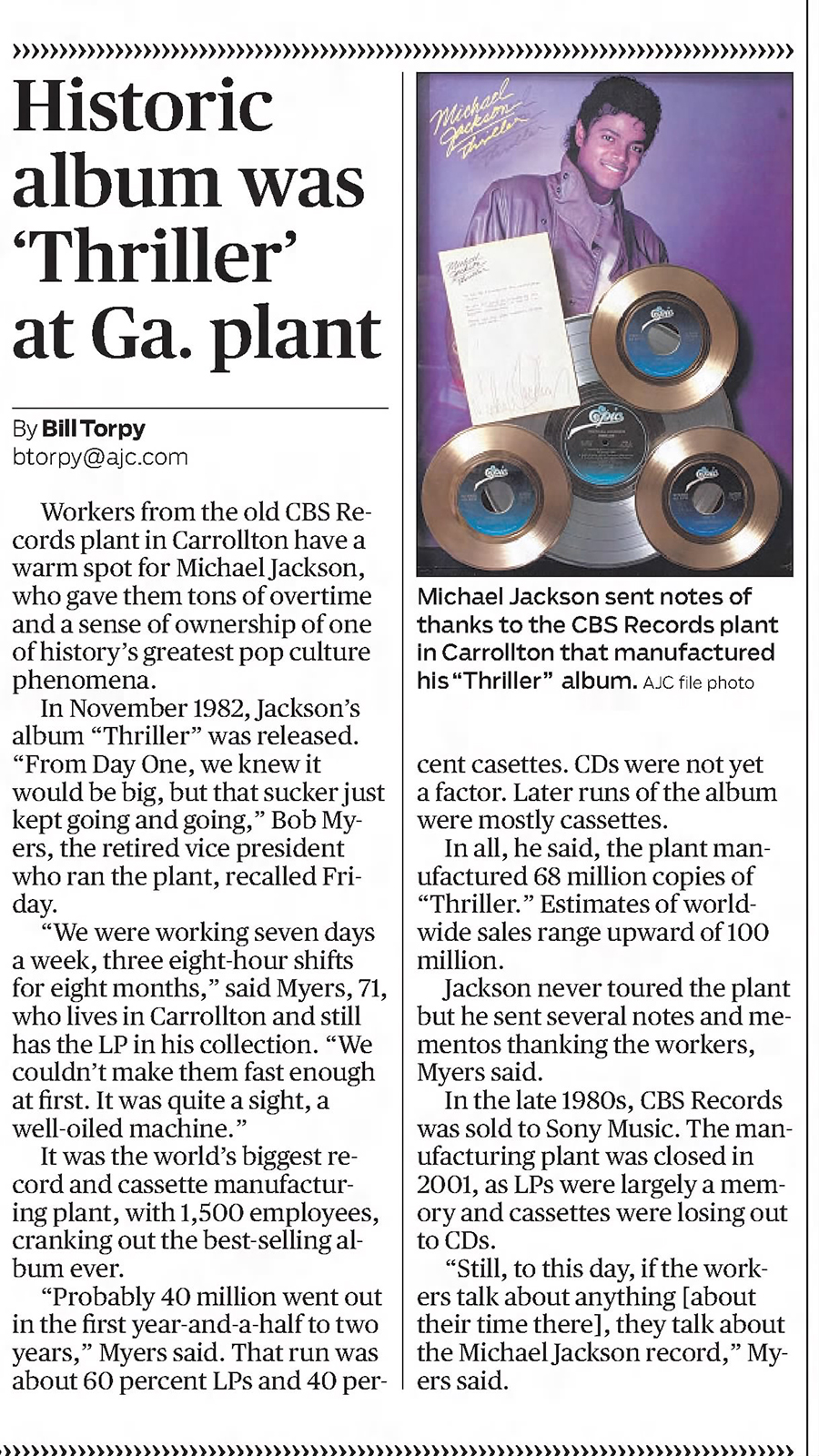 “We were working seven days a week, three eight hour shifts for eight months. Probably 40 million units went out in the first year-and-a-half to two years. That run was about 60% LPs and 40% cassettes. CDs were not a factor yet.” – as told to the Atlanta Journal-Constitution by Bob Myers, CBS Records Executive, who ran the Georgia-based pressing plant responsible for delivering Thriller to buyers in 1983. #Thriller40