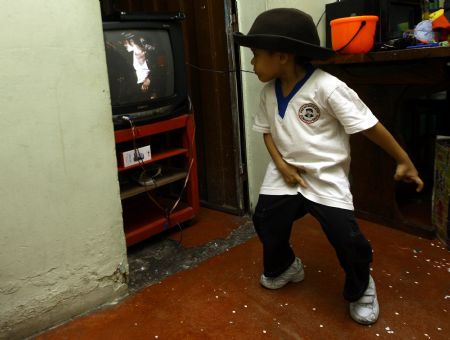 Michael is magic.
“I turned my head, and saw that Will, who was 5 or 6 at the time, had put down whatever he was playing with and had gotten to his feet. He was dancing, completely lost in the music and whatever world inside his head was created as a result. It was a visceral reaction; he heard the music, and his body needed to move, to express itself, to dance. It wasn’t something he thought about, it was just something that happened, and kept happening, until the song was done. I’ll never forget it”. –Laurie Ulster