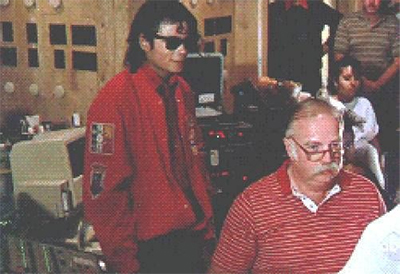 “Michael would do many, many vocal takes. Usually, Quincy [Jones] would take a break and leave Michael and I to put the takes together. So, if Michael would do, maybe, 20 vocal takes, we’d have the best of all of them, all we had to do was pick which one he thought was the best. We were doing ‘Billie Jean’ at Westlake Audio in L.A., and we did 91 vocal takes. The final take that went on the album was take two. That gives you an idea of Michael’s abilities.” – Bruce Swedien, music engineer for Michael Jackson