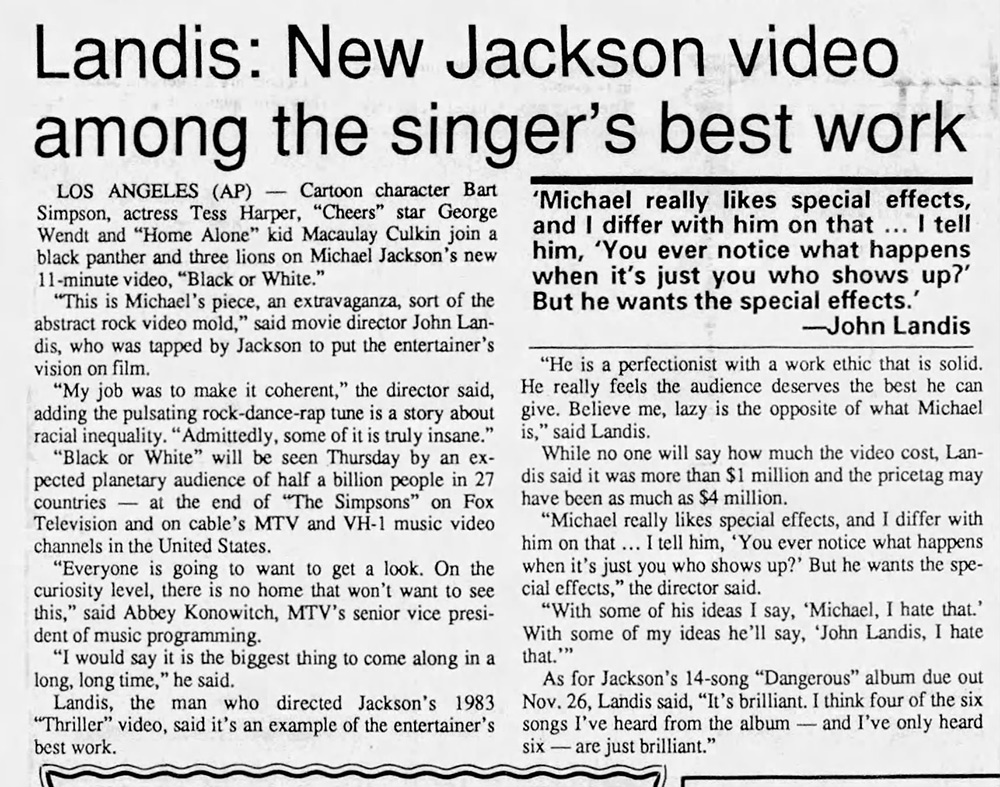 The short film for “Black or White” premiered on this date in 1991 and was viewed by the largest TV audience ever for a music video premiere, more than 500 million people. Director John Landis told the Associated Press in advance of the release of the short film, “This is Michael’s piece, an extravaganza. He really feels the audience deserves the best he can give.” Watch now: