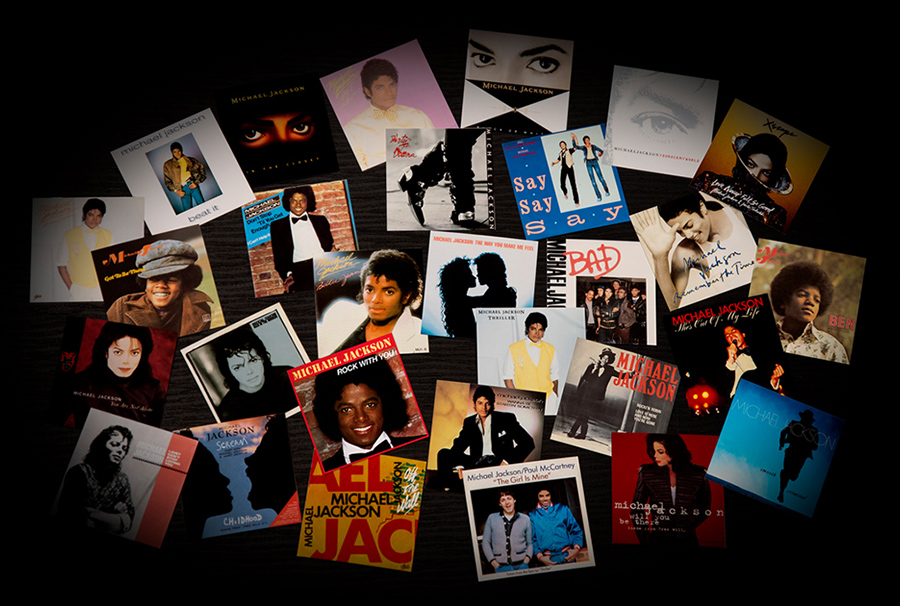 Michael Jackson is the first artist in music history to have Top 10 singles in five different decades on the Billboard Hot 100 – indicative not only of his career longevity but also his artistic evolution and relevance. Michael’s solo winning streak began in 1971, at age 13, when he released “Got To Be There” from his first solo album at Motown. The song peaked at #4 on the chart in December that year, and his success continued with Top 10 singles “Rockin’ Robin” and “Ben” (which topped the chart) in 1972.

Michael really hit his stride with the 1979 release of his first solo album as an adult, Off The Wall, where he became the first solo artist ever to have four Top 10 singles from one album: “Don’t Stop ‘Til You Get Enough,” “Rock With You,” “Off The Wall,” and “She’s Out Of My Life.” The first two singles from that album hit #1 on the chart.

He followed that success by setting another record in 1984, when all seven singles from his album Thriller reached the Top 10: “The Girl Is Mine,” “Billie Jean” (#1), “Beat It” (#1), “Wanna Be Startin’ Somethin’,” “Human Nature,” “P.Y.T. (Pretty Young Thing),” and the title track. In the midst of that run, Michael and Paul McCartney’s duet “Say Say Say” also topped the chart.

Michael went from strength to strength, in 1987 releasing his album Bad, which gave rise to six more Top 10 singles: “I Just Can’t Stop Loving You,” the title track, “The Way You Make Me Feel,” “Man In The Mirror,” “Dirty Diana,” and “Smooth Criminal.” Michael set another record when the first five of these singles hit #1 on the Hot 100, making him the first artist to have five consecutive #1 releases from the same album. It took 25 years for any other artist to be able to tie that record.

Michael continued success in the new millennium with his Top 10 hit “You Rock My World” from his 2001 album Invincible, the last album released during his lifetime. After Michael’s passing, he reached the Top 10 again with the 2014 release of “Love Never Felt So Good” from the album Xscape. In all, Michael has had 51 songs on the Billboard Hot 100, with 30 of them reaching the Top 10, and 13 hitting #1 on the chart.