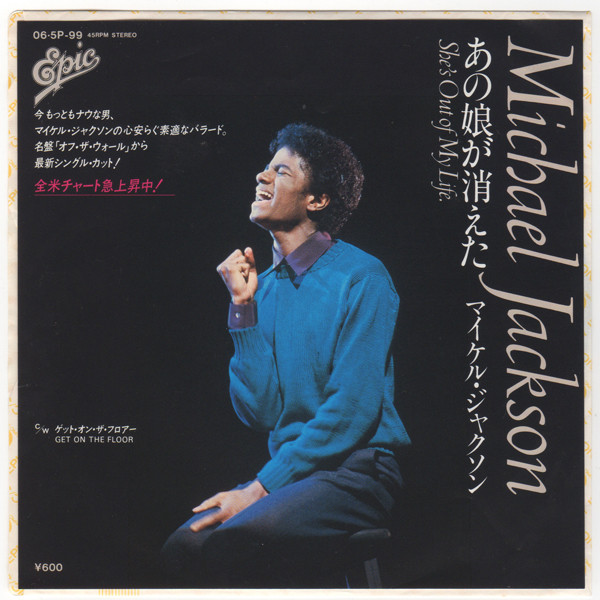 Released this week in 1980, “She’s Out of My Life” became Michael Jackson’s fourth single from his Off The Wall album to chart in the top 10, making him the first solo artist in U.S. history with that many top 10 hits from a single album. This Japanese pressing of the single features a still photo from the Bruce Gowers-directed short film for the song.