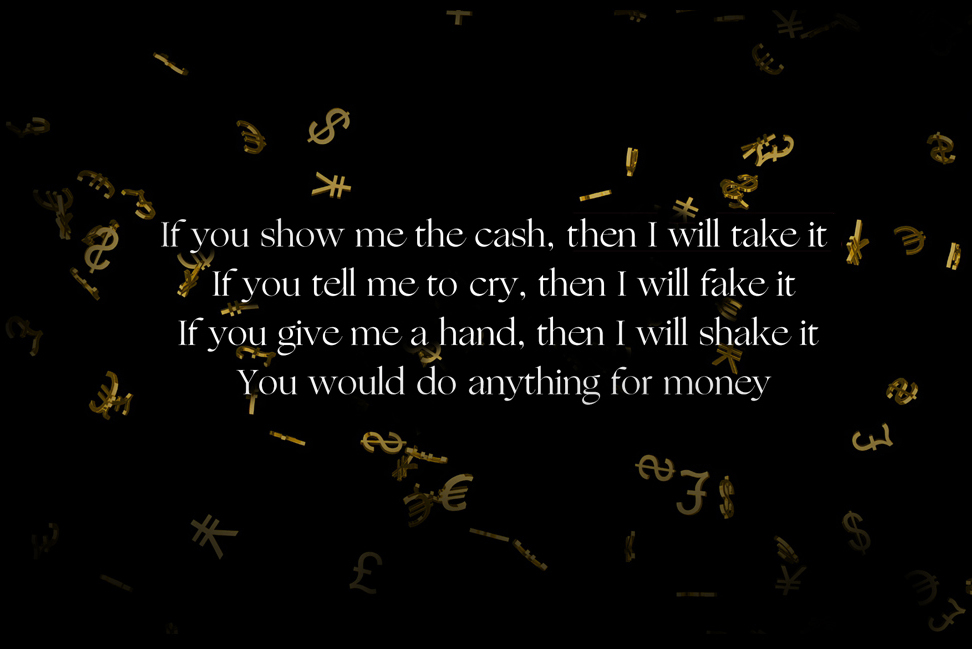 Michael Jackson wrote and produced “Money” as one of 15 new tracks for the 1995 album HIStory: Past, Present and Future—Book I. The song is addressed to people who would do anything for money, including exploiting others, rather than earning it with dignity.

“Money” was not released as a single. It features Michael performing the verses in spoken word, staccato style, and singing the choruses. In its review of HIStory, the Los Angeles Daily News described “Money” as one of the songs on the album that are “superb slices of organic funk.”