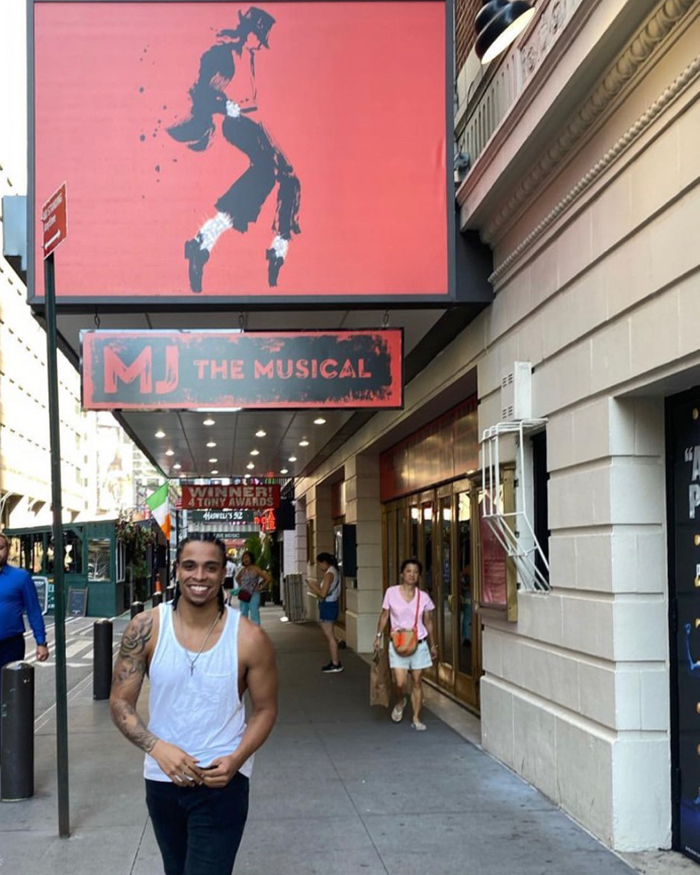 Jamaal Fields Green makes his Broadway debut as part of the MJ the Musical cast, and on standby for the roles of MJ and Michael. He was part of the Hamilton touring cast and is seen on the NBC-TV show “Chicago P.D.” Get your tickets now for Broadway performances through mid-April 2023: https://mjthemusical.com/tickets/