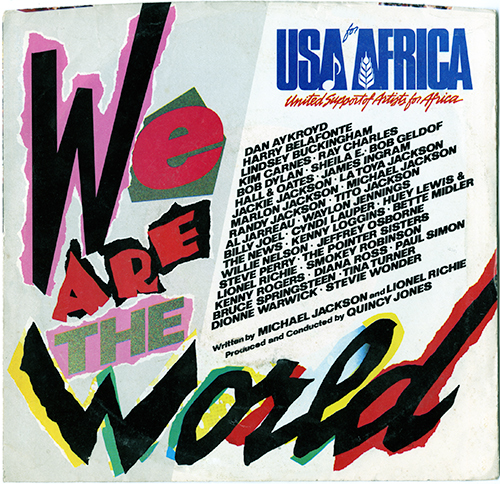 The charity single “We Are The World” was released on this day in 1985, and became a global #1 hit, selling more than 20 million copies and raising funds for famine and medical relief in Africa. The song, written by Michael Jackson and Lionel Richie, was recorded by an all-star supergroup at A&M Recording Studios in Hollywood where they all gathered following the live telecast of the American Music Awards. The “We Are The World” single and album, combined with other promotional activities, raised more than $60 million for humanitarian aid (equivalent to more than $130 million today) through the non-profit USA For Africa which continues its work today.

The release was accompanied by a now famous music video featuring the artists who participated: