Michael Jakson with me at asturian airport in 1992 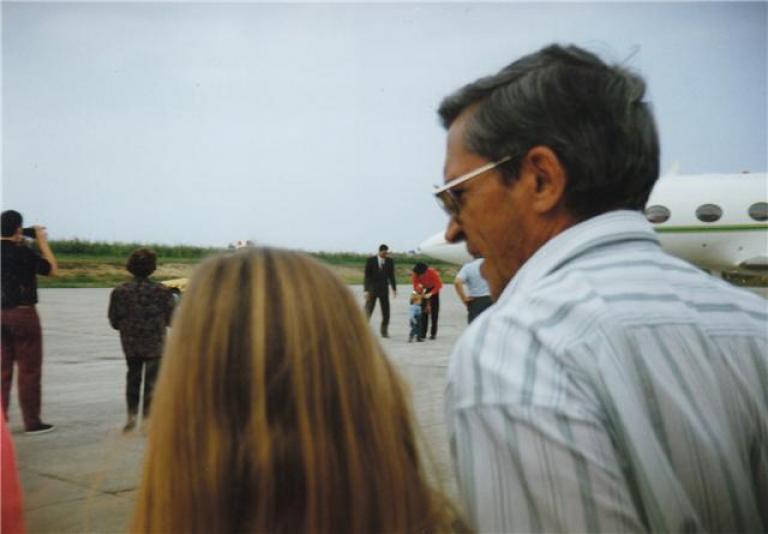 When I met Michael Jackson in 1992 during his Dangerous World Tour, I was only a child of 2 years old, so I didn’t know how important were the person I was meeting. I gave him a red flower and we kissed and embrace each other, he was smiling and laughing. Years later I became a proud fan of Michael Jackson.