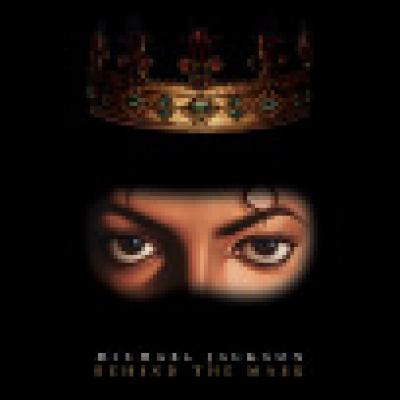 New York, NY – This spring, the Estate of
Michael Jackson and Sony Music gave everyone around the world the
opportunity to be a part of Michael Jackson’s video legacy with The Behind the Mask Project.  This groundbreaking, global
online casting call prompted people in all corners of the planet who love Michael
Jackson’s music to shoot, upload and submit their own unique performances for
inclusion in the video; the project elicited an unprecedented response from 103
countries in the world.  And TODAY
June 14th at 9am EST, The
Behind the Mask Project will be unveiled on http://www.Facebook.com/MichaelJackson.

Led by the creative team at @radical.media and acclaimed
director Dennis Liu,

The Behind the Mask Project launched in
March 2011 with a state of the art website http://behindthemask.michaeljackson.com loaded with simple tools that defined the different roles one
could play.  Upon entering the site, users selected an action like playing an instrument, singing a lyric, acting
out a crowd reaction or demonstrating a classic
MJ dance move.  Then, using the site’s split-screen template, contributors
were able to shoot their move right on the website or with their web cam and
upload the clip at the precise time it occurred in the video.

Dennis Liu comments, “This has been the most exciting and
fun project I think I’ve ever been involved in. It’s been such a privilege, and
was incredibly moving to see so many people from all over the world join as
one, their creative voices, dance and musical talents bound together by Michael
Jackson’s spirit and incomparable artistry.  We received submissions from
the Sahara Desert to Venice Beach, from mountaintops to suburban backyards,
with some shots featuring well over one hundred people apiece. All who
participated delivered brilliantly.”

After submissions poured in from all over the globe they were
carefully edited down by the director to the best 1600 submissions (including
50 kids and 36 animals). On June 14th,
the 35 million Facebook fans of Michael Jackson will get the first look at this
landmark video.  New fans can log on
to www.Facebook.com/MichaelJackson and click “Like” to view the video.

Technology journalist Natali Morris comments, “Michael
Jackson was crowdsourcing his videos before crowdsourcing even existed. This
project is a perfect way to honor his connection with his fans.”

The song “Behind the Mask” is a critic and fan favorite from MICHAEL – the unique collection of songs featuring Michael’s performances completed posthumously and released in December by the Michael
Jackson Estate and Sony Music. MICHAEL was the #1 global album upon its release in December and has shipped over 3
million units worldwide making it one of the biggest albums of 2010.  The
album’s success continues to underscore Michael’s importance as a global icon
and superstar, transcending cultures and languages.

Dennis Liu is an
award-winning digital filmmaker at @radical.media.  Dennis quickly made a
name for himself winning awards for clients that include Apple and Microsoft
and being honored in the renowned “Saatchi & Saatchi New Directors
Showcase”.   @radical.media is a global transmedia company that
creates some of the world’s most innovative content and the home to
@radical.media design+digital. @radical.media’s award-winning projects include
the Academy Award®-winning documentary “The Fog of War”; the Grammy®-winning
“Concert for George”; the Independent Spirit Award-winning “Metallica: Some
Kind of Monster”; the award-winning digital experience “The Wilderness
Downtown” for Google Creative Lab and Arcade Fire; the Grammy-nominated “The
Johnny Cash Project”; the Emmy® and Golden Globe®-winning pilot episode of the
hit series “Mad Men”; the Emmy®-winning “10 Days That Unexpectedly Changed
America” for the History Channel; and five seasons of the critically acclaimed
Sundance Channel series “Iconoclasts,” among others.

@radical.media is a global transmedia company that creates some of
the world’s most innovative content across all forms of media.  The
company develops, produces and distributes television, feature films,
commercials, music programming, smartphone & tablet applications, digital
content and design. The company has been honored with an Academy Award®,
numerous Emmys®, a Golden Globe®, Grammys®, Webbys®, The Smithsonian Cooper-Hewitt
National Design Award for Communication Design, two Palme D’Or’s at the Cannes
Lions International Advertising Festival, and just about every other accolade
associated with the advertising and marketing industries.  @radical.media
is a FremantleMedia Company. FremantleMedia’s global production arm is
responsible for many of the world’s highest rated prime time television
programmes and its brand extension arm FremantleMedia Enterprises offers a
one-stop-shop for all Licensing, Distribution and Home Entertainment globally. www.radicalmedia.com.