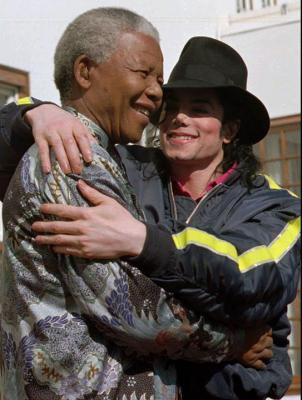 Michael Jackson was proud to call Nelson Mandela his friend. Like millions of admirers around the world Michael drew inspiration from President Mandela’s courage, his fight for human dignity and his commitment to peace. During his visits to South Africa Michael met often with President Mandela, who described Michael as “a close member of our family.” Our hearts go out to President Mandela’s family and to his beloved South Africans as they mourn their incalculable loss. – John Branca and John McClain, Co-Executors The Estate of Michael Jackson