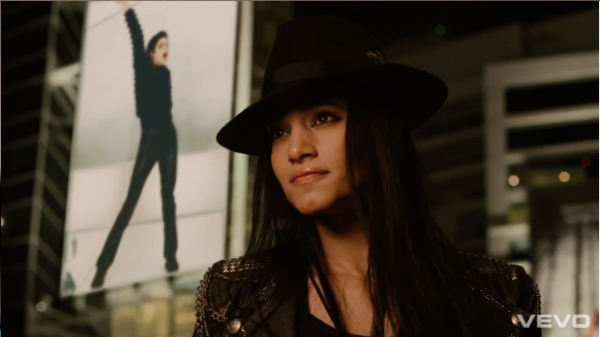 The storyline of “Hollywood Tonight” charts the journey of a young woman arriving in Hollywood from small town America as she follows her dream to be a star; though her ambition is to be a dancer, her story represents the struggle for every artist or musician struggling to make it in the world.

Wayne Isham, who directed the video for Michael Jackson’s “You Are Not Alone,” returns to one of the very same locations where he filmed in 1995 with Michael – the Pantages Theatre near the famed corner of Hollywood and Vine that has served as a beacon for those drawn to the dream of stardom. In the new video, the Pantages Theater once again becomes the setting for the clip’s spectacular closing but this time they are outside the theater for a “flash mob” dance scene.