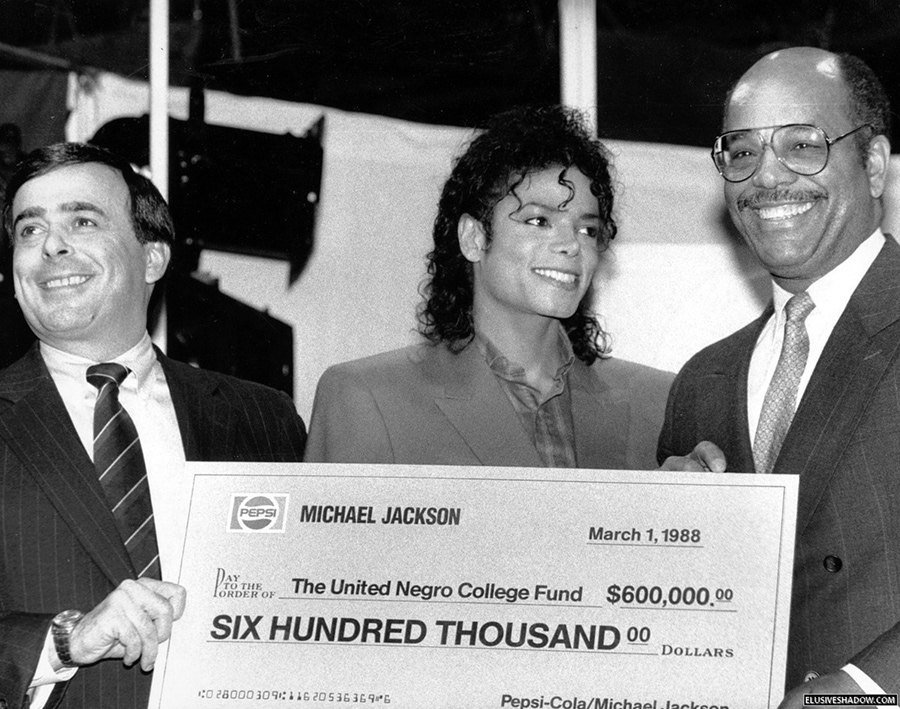 “The greatest of all time, highest I think maybe for overall celebrities, but most philanthropic musician is Michael Joseph Jackson. I think he donated over $600 million to charities and more afterwards. Obviously in his music it was extremely provocative, gets the people going. The only person I can really think of off the top when I think of charity that’s a musician is Michael Jackson. That’s how I’ve always thought about it ’cause most of the people that I grew up listening to were hip-hop artists and I don’t really remember there being a lot of…Ye gave back to the people, but it was in a very different way. It was always through his music. I can’t really think of anybody else.” – Chance the Rapper on Michael Jackson #MJHumanitarian #MJForever #HonorMJ