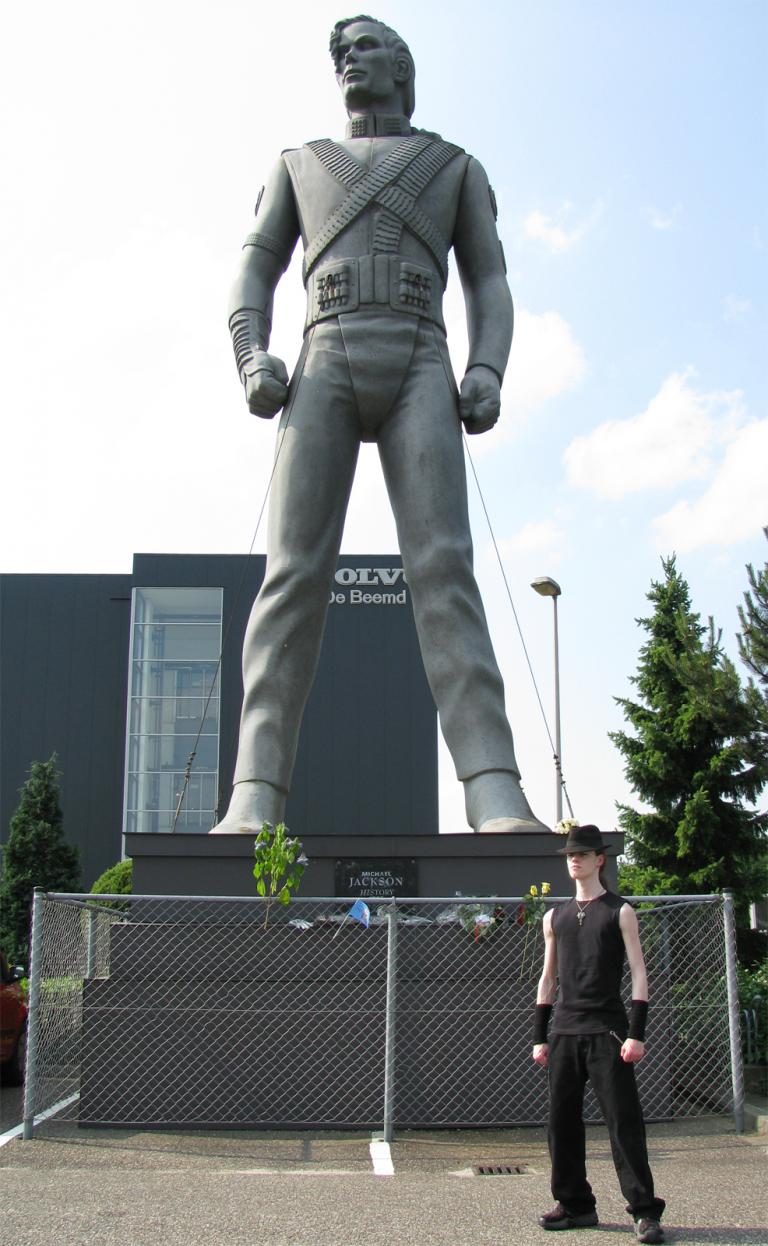 This is me by Michael’s ‘HIStory’-statue.
I had always seen it from the highway near it, that’s how big it is, of course also from media,
and I always wanted to visit it, see it up close.
Then, after receiving the terrible news on the morning of June 26th,
I decided to just go and put some flowers there.
I never thought it would be a visit to a memorial… at least not thát early…

Also, that was right the first day the news would pretty much get to people.
So, as you can see, there are only a couple of flowers and items there.
I saw a photo in a magazine, but then from somewhere in probably early July.
It was just totally packed with pictures, notes, letters, posters, flags and other items then.
That fence, the ground in front of it and the statue’s base, all covered, you could barely see the base.
The appreciation is amazing, it was just touching and beautiful to see.