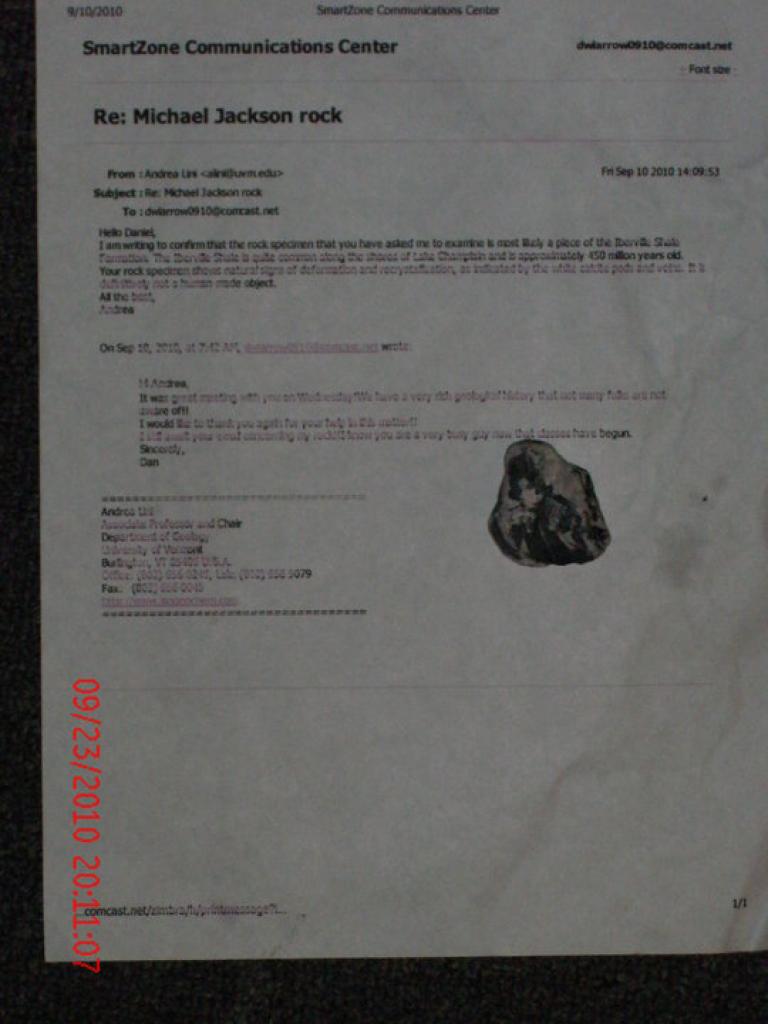 This rock was found by friend Danny Larrow, on the shores of Grand Isle, Vermont approximately 3-4 days after MJJ passed. It is certified by the University Of Vermont Geologist Department. When I first saw it, I immediatley as a fan, said, “Hey that’s my Michael”. Is was formed 450 Million Years ago, according to the geologist. Enjoy~ If you are a Michael Fan, you will enjoy this, and might even want to own it. This is NO fake, trust me. I was just as amazed as I hope you are. Everything happens for a reason…could it be Michael once was here…hmmm make you think? So to the skeptics, as I said this is no fake. ENJOY~