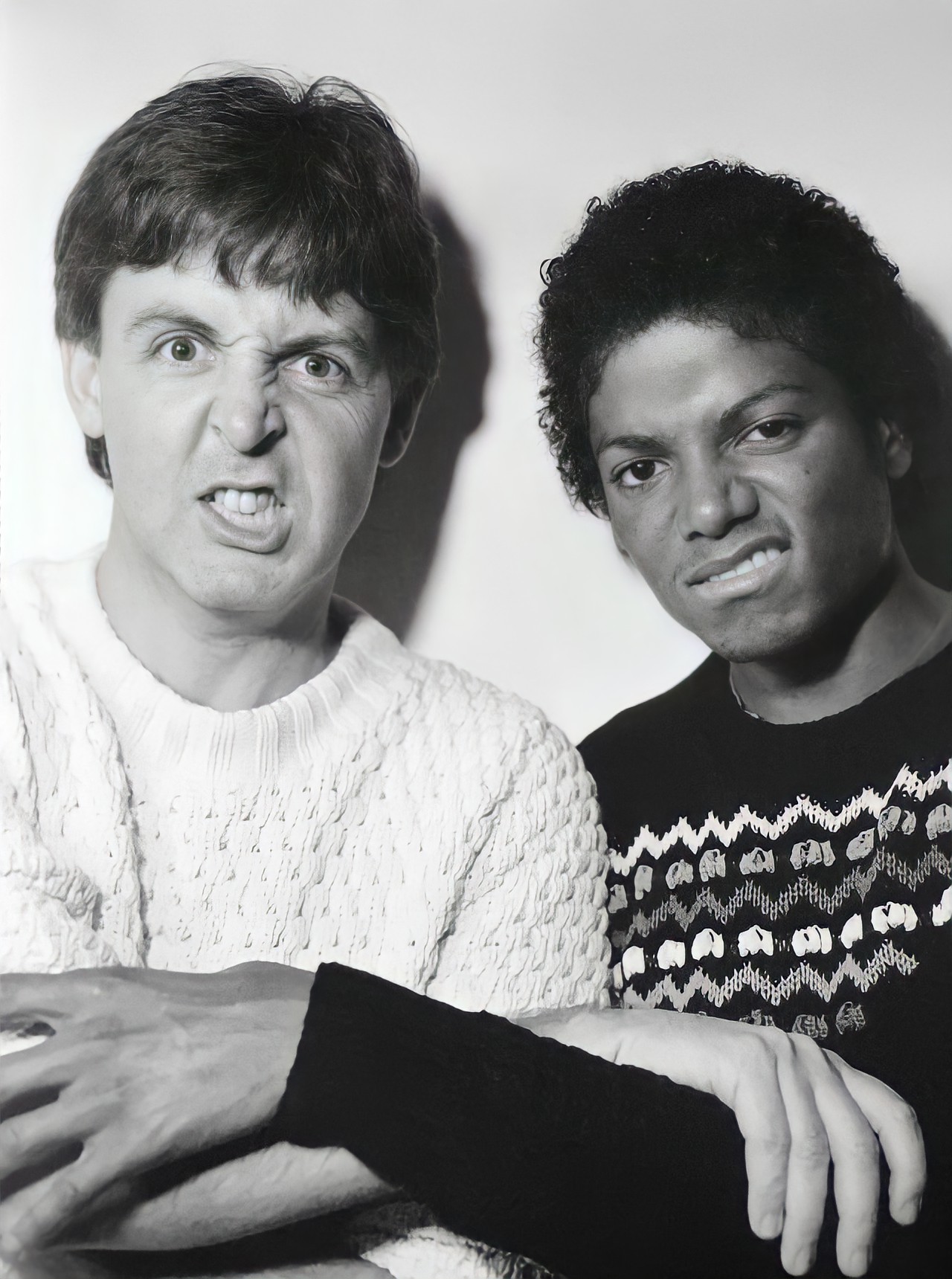 Paul McCartney and Michael Jackson There are two Legends in the music industry,They met in the early 80s, In order to make music together, From this partnership came the songs “Say Say Say”, “The Girl is Mine”, And “The Man”, “Say Say Say” There is a video that It was recorded at the ranch That would later be called Neverland, Michael liked it and, years later, he would buy the Ranch, turning it into his famous amusement park