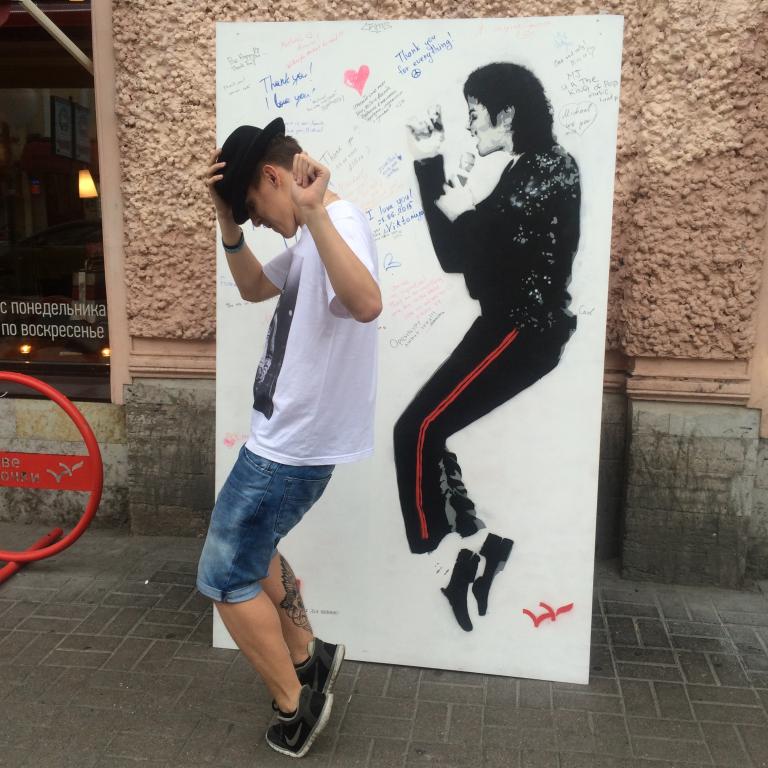 Dear fans,
We are writing to you from so called Northern Venice, Saint Petersburg, Russia.

In St. Petersburg there is a famous restaurant chain which is called Dve Palochki (Two sticks) and every year on the 25th of June there is a tradition of running Michael Jackson Days there.

This year is not an exception. So on this day we:
– Gave all the guests stickers of MJ limited collection
– Sent to the sky hundreds of balloons with the messages to Michael
– And….made a portrait of Michael Jackson. It has been done online in the center of the city, so thousands of people could see the process and afterwards everybody could write a couple of words and wishes on it.

We would be very grateful if this portrait could be seen in the USA, motherhood of Michael.
So we would like to give you this portrait as a present to honor Michael Jackson and to prove that memories have no time or distance limits.